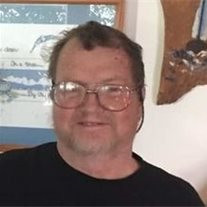 Larry Morgan, loving husband, father, and friend, died August 14, 2017 at the age of 62 from an aggressive cancer growth that initiated from the prostate. Larry was born December 16, 1954 in Chicago IL. He spent his youth growing up on Keeler and Melvina, sharing a 2-flat with his grandfather, great Aunt, parents, and 4 siblings in one flat. His Uncle, Aunt, and cousins shared the other flat. He graduated from Taft High School 1973, and went to Coyne College for education in Electrical work. His professional experience began in commercial and residential construction. He later became a Locomotive Electrician for the Chicago Northwestern railroad. After The Union Pacific acquired Chicago Northwestern, Larry opted out to go back to his own Electrical Contracting business. He continued to run this business until 2 weeks prior to his death. Before anything else, Larry was a family man and also enjoyed helping those in need. He is survived by his 3 children, Justean, Mackenzie, Kelsey, and wife Joy Morgan. He was frequently active in his children's lives by taking on several roles as a Church Elder, Sunday School teacher, Cub Scout Master, Boy Scout Assistant Master, Venture Crew Advisor, and CERT participant. Larry had many ambitions and ideas. His curiosity of the world led him to many adventures. He enjoyed traveling, especially to Alaska and Michigan. Some of his favorite pastimes included gold panning, horseback riding, fishing, and developing various projects. In his final years, he began building a 26-foot boat that he left with the shell built, fiber glassed, and partially painted. He was in the editing phase of a science fiction novel about Space Marines. Please join us in celebrating his passing, August 18, 2017 at The Oaks Funeral Home at 3PM-9PM. The Funeral service is the following day August 19, 2017, at The Lutheran Church of Saint Luke beginning with a lie in state at 10 AM followed by an 11 AM funeral service. Interment will be at the St Luke Lutheran Cemetery. The Oaks Funeral Home, 1201 E Irving Park Rd. Itasca IL, 60143 Lutheran Church of Saint Luke 410 S. Rush St. Itasca IL, 60143 St. Luke Lutheran Cemetery 1401 Nordic Rd. Itasca IL, 60143 Larry loved life and the people that were fortunate enough to spend time with him. He will be sorely missed, and an anticipated reunion awaits the rest of us to join him in Heaven.

Larry Morgan, loving husband, father, and friend, died August 14, 2017 at the age of 62 from an aggressive cancer growth that initiated from the prostate. Larry was born December 16, 1954 in Chicago IL. He spent his youth growing up on Keeler... View Obituary & Service Information

The family of Larry X. Morgan created this Life Tributes page to make it easy to share your memories.

Send flowers to the Morgan family.