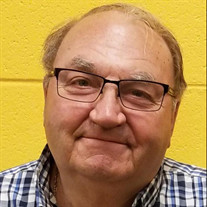 Nicola “Nicholas” Di Silvio born March 14, 1947 son of Rosa and Donato Di Silvio, youngest brother of Maria Iannotta, Ernestina Mancini, Delia Santouchi, and Liberata Vaccaro. An immigrant from Pizzone (IS), Italy, he came to the United State through Elis Island, NY on the Andrea Doria on March 25, 1955. He arrived here with his sister Liberata and Mother Rosa. He then took a train to Chicago, IL to join his father Donato, who had arrived the year before. Nicola, his parents and sister Liberata lived on Lexington and California Ave. He attended Our Lady of Angels Catholic Elementary School and St Mel High School. After his family moved to Central Park and Division St, he returned to Italy on vacation in 1967 where he met his wife Ledoina DiDomenico. They were married Aug 18, 1968 in Villa Scontrone Italy. Nicola and Ledoina returned to the United States and lived at 1049 N Lawndale Ave. They then moved to 1138 N Monticello in 1972, where they had their first child, Rossana Di Silvio. Expanding their family, they moved to 2929 N Linder Ave in 1976, where they had their second child, Donato Di Silvio the 2nd. As a family, they moved around a bit more to 3354 N Nordica and 3314 N Ottawa. In 1999, he then moved to Bloomingdale, IL and finished his residency in Algonquin, IL. Nicola Di Silvio, also known as Nick Di Silvio, started a company with partner Pat DiVito in 1992 known as Patnick Construction, Inc. This company is still open today. He retired as a Local 150 Operator Engineer and has been a member of the union for 56 years. Nicholas is survived by his wife Ledoina, daughter Rossana and husband Scott Woldman, son Donato and wife Melissa Di Silvio and grandchildren CiCi and Talia Di Silvio and Mia and Max Woldman. He was a great man, full of life whose smile would light up your day. He was kind-hearted, hardworking, and loved by all who met him. He enjoyed making people laugh, especially his grandchildren. He fancied himself a cowboy, watching westerns, in particular John Wayne movies. Nick loved Frank Sinatra, Elvis Presley, Dean Martin and Connie Francis. You could often hear him singing his favorite tunes throughout the house. Nick always welcomed everyone with open arms into his home, and was ready to entertain with homemade wine, delicious prosciutto, cheese and Italian bread. Nicola will be missed forever and loved for eternity.

The family of Nicholas "Nicola" Di Silvio created this Life Tributes page to make it easy to share your memories.